Since 2001 May has been New Zealand Music Month. It will be a very different Music Month this year. This month we look back and celebrate Rotorua cousins Ana Hato and Deane Waretini, Snr, who made history for being the first vocalists to record Māori music commercially.


In 1927 Hato and Waretini performed at a reception for the Duke and Duchess of York at Ohinemutu. This performance was recorded by staff from the Australian branch of Parlophone Records. This recording was released on a shellac 78rpm disc making it the first Māori recording to be released commercially.

Hato and Waretini were later invited to Sydney, Australia in 1929 to record more waiata for Parlophone Records. Together they recorded 14 records of traditional and contemporary Māori music.

Hato and Waretini's recordings found an new audience when they were reissued on CD in 1996.


Ana Matawhaura Hato was born in 1906. Her father was of Ngāti Whakaue descent and her mother of Tuhorangi descent. Hato died in Rotorua on December 8, 1953, aged 47, and is buried at Whakarewarewa.


This blog post was written by Graeme. Special thanks to Don Stafford collection, Papers Past.


Posted by Te Aka Mauri Rotorua Library at 6:00 am 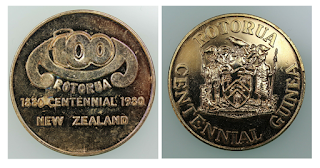