The first district newspaper, founded by Theodore Lechner, printed in Rotorua. Publication was suspended in 1886, reappearing Sun 8 Oct 1887 under ownership of P A Crawford. Very few copies from this period exist. In Apr 1889 it became the Hot Lakes Weekly Chronicle, with 12 pages and more news. At this time it was being printed in Tauranga. Then from Jul 1889 was again called the Hot Lakes Chronicle, Published by Crawford who had offices at Ohinemutu and then in Arawa Street.
Proprietor and editor from 1895, F. F. Watt. Cyclopedia of New Zealand referred to it as “a first class weekly chronicle of all matters pertaining to the thermal district”. During the tourist season of 1901 it was published as a bi-weekly, on Wednesdays and Saturdays, but reverted to the Saturday issue for the winter months. Eight columns of reading matter, apart from advertisements.


This Newspaper is now available to read online via the National Library of NZs database, Papers Past.  A link to this wonderful resource is also available on the Rotorua District Library Online Catalogue.


Article of Interest from 20 February 1895
On page 2 : “Protection of Trout” A meeting to consider the best means of preserving and protecting the trout in the various rivers in the district was held in the Palace Hotel on Friday evening, the 8th inst.


“The Chairman said it was absolutely necessary for measures to be taken at once for the preservation and protection of the trout in their rivers and to arrange a constant supply of them from the hatching ponds. He had heard that the natives had been spearing and netting them and he had been told that even white people had threatened to dynamite them…”  The article goes on to document every word said, by every attendee and makes interesting reading for those interested in how this predecessor of modern conservation of trout in the district began. 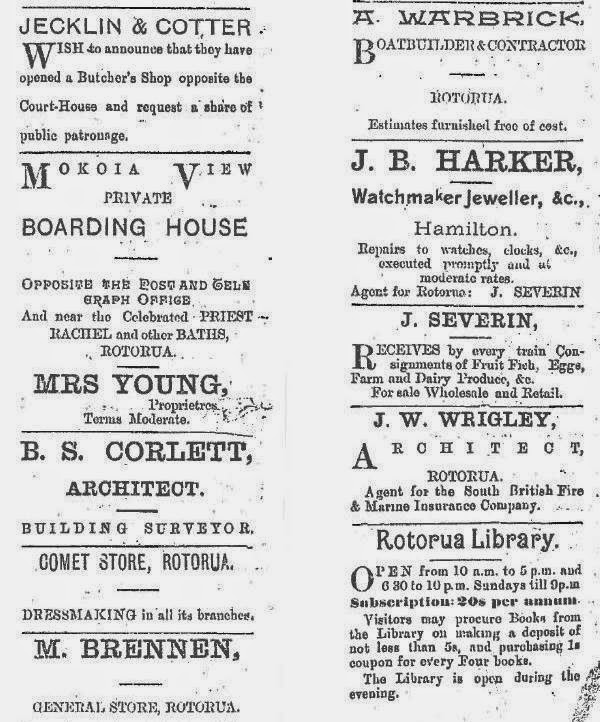 
CHRISTMAS has once more come round when it behoves us to wish our supporters and our non-supporters – all the compliments of the season. Here, as in other communities there are carping individuals to be met and endured, who retort that in the struggle for existence now going on, there is little inducement to pass empty compliments. Our philosophy at Christmas-tide prompts us to make the best of existing things, and, standing as we are on the threshold of another year, trust that the coming months may be laden with a panacea for all our ills. With this brief homily we wish each and one of our readers, A MERRY CHRISTMAS AND A HAPPY NEW YEAR. 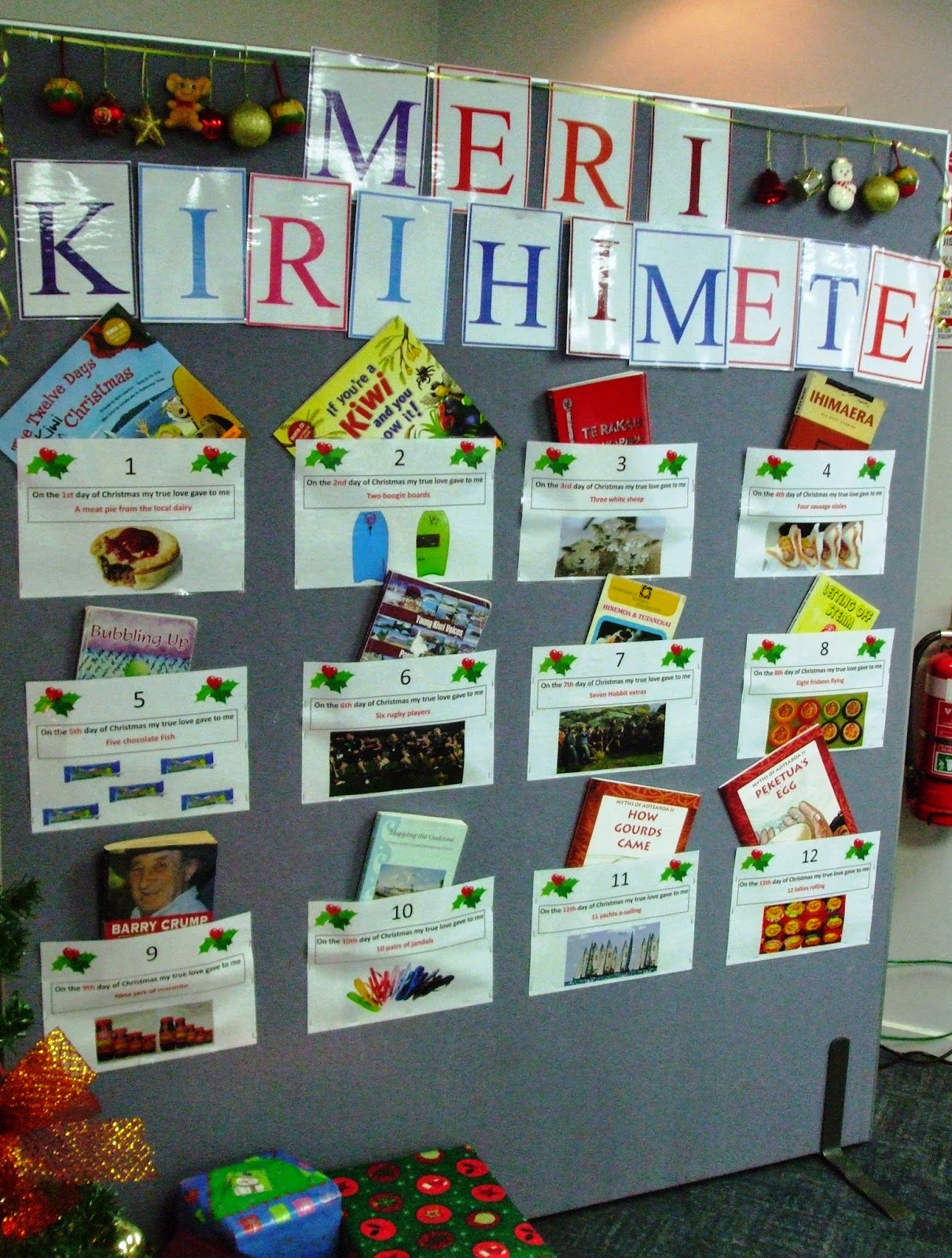 CHRISTMAS IS HERE! And we wish everyone the compliments of the season. Here, as in other places, there are groaning gerties who struggle for something nice to say and whom we must put up with. Our thoughts at Christmas are to make the best of things and at the beginning of another year, trust that the coming months may be full of answers for all our problems. With this short message we wish all our readers, A MERRY CHRISTMAS AND A HAPPY NEW YEAR.


Behove: be fitting, to be right and proper or appropriate for somebody.


Inducement: a prospect or reward that gives somebody a reason for acting in a specific way.


Homily: a sermon on a moral or religious topic, a speech with a moralizing theme.


Panacea: a cure for ills/disease, solution to problems.
Posted by Te Aka Mauri Rotorua Library at 1:13 pm No comments: 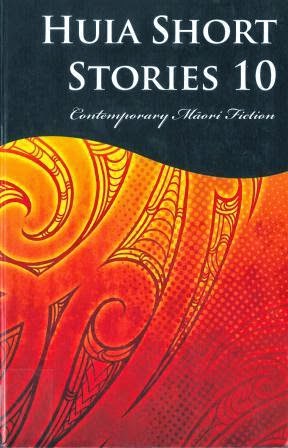 Available to borrow from the Kiwi Fiction Collection
A review of two stories from this awesome short story collection.


TJ Corrigan (Upokorehe, Whakatohea) drew on a chance encounter and the kindness of a stranger in writing “Hemi’s Gift”


Our main character (a girl), whose name we are not given, must travel by bus to Whangarei from Auckland. At the bus station, the bus slowly fills our girl has gone to the very back, in the hope of being alone, but,  a “Maori man gets on board carrying a battered brown bag and an ancient guitar. He’s dressed in old, sloppy clothes. His hair has an overgrown wild look, like unmown grass”  he strides down the aisle and throws himself down on the seat directly in front of her, she shrinks lower into her seat trying to become small.


This is a story of stereotypes, which are prevalent in New Zealand, and just how wrong they are. A heart-warming story of the kindness of a stranger on a bus journey to remember always.


“Tank” is about Tamahine, also known as Tank, and her life changes. From being at home with her family, to being told she will go and live with her Nan after her Papa dies. Tank does not know why she must go, but, she does what she is told. The story goes on to describe her first day back at school and what starts badly, when she arrives late, turns into a nightmare.  A bad encounter with a teacher who singles her out for a telling off that escalates to a beating and ultimately to revenge. An action packed story that tells a story of abuse and betrayal. Well worth a read this summer!
Posted by Te Aka Mauri Rotorua Library at 2:20 pm No comments:

The Aroha pendant : This story is set in the early 1920s.


"When Bernadette finds the letter and carved bone pendant amongst her dead mother's belongings, she is astonished to discover that the father she has never seen is an Arawa maori"

Bernadette or Bernie, as she calls herself, is the main character in this engaging story of how she sets of to search for her father, changes her name, cuts her beautiful curls off so she can pass herself off as a boy, (she figures it is safer that way) she has lots of adventures and meets some quirky (perhaps eccentric) characters along the way.

The story starts with Bernadette finding a letter and a carved bone pendant among her dead mothers personal effects. She has been living most of her life, in a quiet backwater near Westport with her Aunty May and Uncle Fred at their guesthouse, never knowing who her father is, or where he is.

Bernadette is now 13 yrs old and has just discovered what her Aunt would never tell her, her father's name, Hemi Waru, and possibly where he might be living, up north in Rotorua.   Getting to Rotorua is harder than it sounds, 1920s New Zealand is filled all manner of dangers. Travelling by horse and cart, old lorries, and meeting lots of men just back from the war and out of work, and then there's the problem of getting on a ferry to cross over to the North Island!    But Bernie is determined to get to Rotorua, lots of 'kind' people help her (him!) and finally she arrives in Rotorua and "Yak, whats that smell!" her kind driver drops her off at Mrs Emery's where she is welcomed without question.

So... now what to do? She has heard her father used to work in a mill, but which one? Mamaku seems like a good place to start, Mr Emery says he knows of a man called Hemi Waru who works at the mill, and is happy to arrange for her to go up there. But alas this Hemi Waru is pakeha, not Maori and Bernie knows her dad is an Arawa Maori, so it's back to Mrs Emery's.  While there Mrs Emery encourages her to go to Whakarewarewa and meet Guide Rangi, this seems like a good idea, until standing next to Pohutu Geyser, it starts to 'play' giving her quite a fright!, but she really liked Guide Rangi.

Finally she has another lead to follow, which takes her to Lake Rotoehu where there is another mill.
Here she meets a man called "Digger" who takes her pig hunting! it is a day or two later that she discovers he is her father and introduces herself (or rather himself, bit too soon to admit she's a girl!),
much celebration ensues until a very angry Aunty May turns up looking for her! Aue! but all's well eventually and Bernadette decides to stay with her father and his people.

A copy of this book is held in the Don Stafford Room, Heritage Collection.

Posted by Te Aka Mauri Rotorua Library at 5:30 am No comments:


A Tribute to Godfrey Bowen, co-founder of the Agrodome, and brother of Ivan Bowen who pioneered the Bowen Technique still used by shearers today. 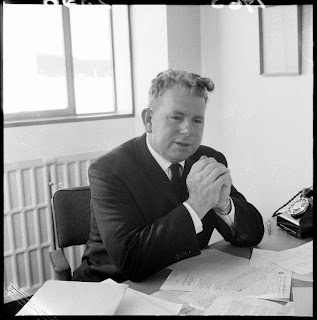 In 1982 he wrote a fictionalized account of Sheep Shearing competition “The Ringer’s stand” the book starts off with “Old Sam was a contractor of 30 years standing and he really knew his shearers. He had employed them all – good, average and indifferent – and occasionally the no-hoper” so begins the story of the Ringer.  The Ringer must prove himself worthy of his reputation and proceeds to do just that, and along the way sending the previous No.1 shearer back to No. 2 with some resentment but also grudging respect for the Ringer’s clearly the better, faster shearer.


Throughout the story some Shearing slang is used, these are just a few:


“Strangers” – the neighbours sheep with their owners earmark


“Fadge” – An incomplete bale of unpressed fleeces, oddments or pieces


These slang terms give the reader a clear picture of the shearing shed and what is involved in shearing 800 sheep a day! Not a place for the unfit and fainthearted.


A copy of “The Ringer’s Stand” is held in the Don Stafford Room, Heritage Collection on the 2nd Floor.
Posted by Te Aka Mauri Rotorua Library at 5:00 am No comments: