Rotorua a Mecca for sports

Rotorua : a history of sport and sportsmen and sportswomen.

When Netball was still called Basketball, Rotorua hosted this tournament, which went on to become the Kurangaituku Tournament. This one was held at Kuirau Park when the nine courts were still there.

Still held annually at the Malfroy Netball Centre.
Along with a strong women's sports history there were many other opportunities to enjoy the outdoors for all ages. 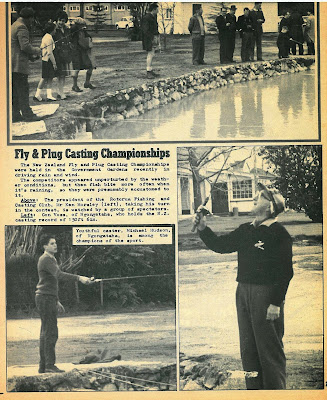 The following pages are from the Rotorua Photo News, 21 September 1963.

This "Fly & Plug Casting" championships was held in Government Gardens, not sure what was there to be caught! 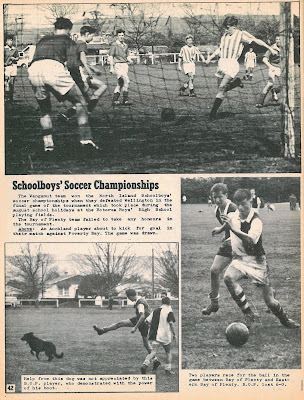 Posted by Te Aka Mauri Rotorua Library at 11:32 am