World War Two and beyond.

Memorial Gardens at Paradise Valley Springs.
See Rotorua Morning Post, 10 Jan 1945 p.5
“Dedicated to Robert Scott Castleton who lost his life on Dec 25th 1943 at Obsonga, Italy. His parents owned the property at the time. On the memorial stone is also the name Blake Scott, a cousin who also gave his life for his country. In the presence of a large gathering of family and friends the ceremony opened with a rendition of Tama Nga Kau Marie by the Maori Choir, followed by three addresses given by his childhood friends. The Rev. A. Panapa performed the dedication ceremony. Ngati Whakaue Chief Tuoro, then spoke of behalf of the Arawa Confederation of Tribes who had gone overseas. The Memorial Stone was then unveiled by Mr I Morrison, President of the Maori Returned Soldiers’ League.”

Te Hokowhitu-A-Tu Memorial Arch at the entrance to Whakarewarewa Village.

Commemorates soldiers of Tuhourangi sub-tribe of the Arawa confederation who had died in the two world wars. Unveiled by Lieutenant-Colonel Fortune in the presence of Prime Minister Fraser.  See "The New Century in Rotorua" by Don Stafford, p.294-295 and Daily Post 24 April 1950, for more information.

“The Anzac Dawn Parade was held at the newly unveiled memorial arch, with Capt. Wi Huata officiating. From there the parade moved off from Arawa Street to the Regent Theatre (Now the Civic Theatre in the Convention Centre Building) where  "...divine service will commence at 10.00am, the march past the Cenotaph will take place at 10.30am. Units will march past in the following order: The Pipe Band, returned women of all services, R.S.A. executive, Citizen's Band, other organisations, and general public..." Excerpt from Daily Post 24/4/1950.


Other Memorials at the Lakefront entrance to War Memorial Drive are: These plaques were put in place in 1993. 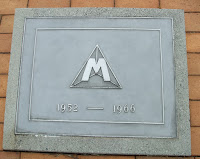 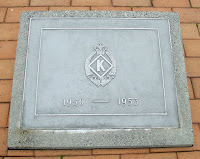 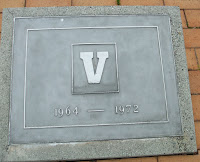 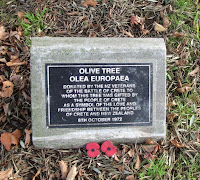 On the 8th October 1972 an Olive Tree was donated by the NZ Veterans of the Battle of Crete and planted at the Lake Front just to the left of the Memorial Gates.

Redwood Memorial Grove.
The Redwoods (Californian Coast Redwood) were planted c.1901 by good-conduct prisoners. This 6 hectare grove was originally 12 hectares. These surviving  trees were dedicated to the Forestry workers who lost their lives in WW1, in 1925. After WW2 an informal dedication in memory of more Forestry workers who also lost their lives occurred in 1947.

In 1969 Mayor A. Murray Linton 'launched a plea for public to donate towards the development of Redwood Park. See Daily Post 5th August 1969 for the full story.  As part of the new Whakarewarewa State Forest Park it was 'opened' in 1975.  The history of the grove has been written about further in Daily Post 27 December 1979.

In this photo of Mr Dawson he wears the Burma Star Medal along with other medals he earned during his service in British Merchant Navy WW2. He was president of the local Burma Star Assn. for many years.


WW100
Sculpture Symposium Theme ‘The Returning Soldier”. Held at the Arts Village Green from 29th November to 12th December 2014. The Sculpture Trail featured all 17 sculptures until 2016.

This one entitled 'The Ghost Soldier' by Rory McDougall.

Some sculptures were replaced in 2016; you can see the current sculpture trail at Creative Rotorua

You can see photographs of the other sculptures on Kete Rotorua

With thanks to the Don Stafford Collection, Papers Past, Daily Post and Kete Rotorua for this information.

Posted by Te Aka Mauri Rotorua Library at 3:37 pm