Rotorua at Christmas Time, 30 Years Ago

Can you remember when :


Your holiday movies were at the Odeon Theatre and the Majestic Theatre. 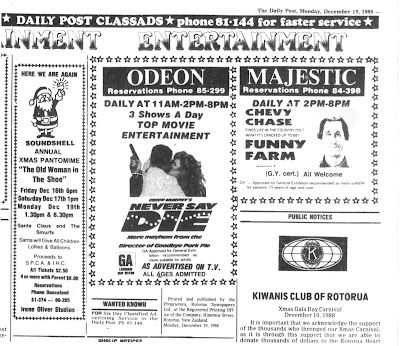 Your Christmas dinner of Roast Lamb leg, didn't actually cost you and arm and leg. 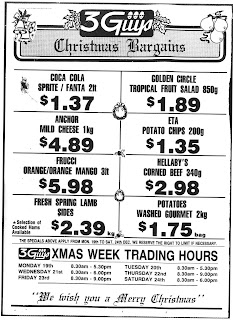 You could take your Christmas visitors to see the new Water Organ in the Orchid Gardens.

Or in the wet weather you could rent a video or two from DIC. 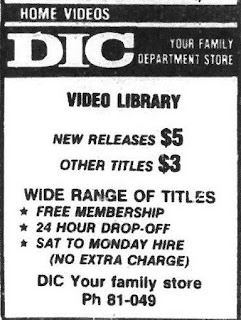 Your holiday snaps could be developed in 1 Hour!. 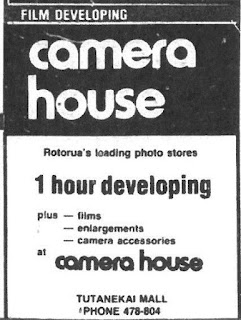 A photo of your little one on Santa's knee was worthy of a space on the front page of the Daily Post.

Geyser Court had many interesting shops and a cafe.

Your Holiday weather forecast was for a big storm and gale force winds. Known as Cyclone Eseta, We copped the tail end of the cyclone but it still caused 60 mm of rain to fall here in the 24 hours to 9.am on the 29th of December. Campers flocked to the shops because there was nothing else to do!

You can reminisce along with us here at the Library any day! The Heritage & Research Area on the 2nd Floor has all the issues of the Daily Post on microfiche and film continuously from 1931-2018.

This post written by Alison
Posted by Te Aka Mauri Rotorua Library at 2:11 pm